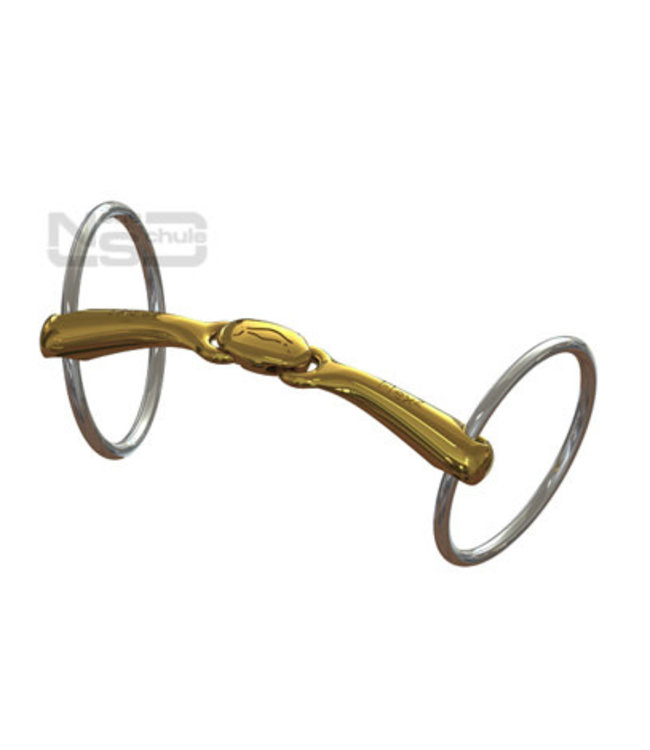 Anatomy-inspired double jointed bit design with enhanced mouthpiece stability, through optimised alignment of the mouthpiece surfaces to the tongue and palate. The Turtle Top™ link shape takes inspiration from the shell of the Box turtle. This flattened d Read more..

Denman went very sweetly in the Turtle Top Bit and I felt he was rounder, he worked very well through from behind. I had a flat work/show jumping session at Talland with my trainer yesterday and he thought Denman went the best ever!

I liked it very much on him as he is so sensitive in the mouth and he seemed very happy in the bit I felt Kingy worked much rounder, possibly with a bit more lift. I was very pleased with the bit and think it will be good for team chasing.
As an update – Kingy ran very well in the NS Turtle Top bit at weekend team chasing in the Open Class. We led and I had perfect control and steering with the Bevel. One thing I noticed was did not flap his head as much as he usually does when I was steadying him down.

So far ridden Harry once on his own round the farm and he was a different horse. I could not believe it. I know it is early days and I have not ridden him in company yet, but I was very impressed. He was light and did not latch on to the side of the bit. His steering was good and he was round and responsive. I am keeping my fingers crossed that this is the answer to all my prayers!

Over all I think that I need to do more to try out in different situations but I am very impressed – particularly with Harry, Denman and Kingy having gone so well in their training. I felt in general the horses were rounder without being behind the leg, which is difficult to achieve with a racehorse and they very much liked the mouth piece and seemed steady to the contact.

Stay up to date with our latest offers

By creating an account with our store, you will be able to move through the checkout process faster, store multiple addresses, view and track your orders in your account, and more.

You have no items in your shopping cart